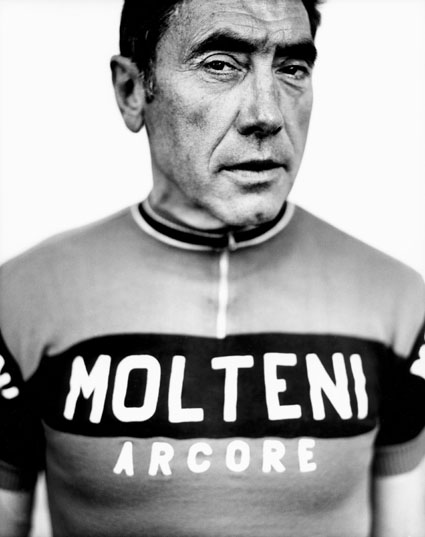 © Stephan Vanfleteren / Panos Pictures
Belgium.
A portrait of Eddy Merckx wearing one of the original cycling tops that he wore when he raced for Team Molteni in the 1970s. Considered by many to be the greatest cyclist of all time, Eddy Merckx won the Tour de France five times.

Press image only to be used in the context of the exhibition ‘Flandrien’ at HOST Gallery, 1 Honduras Street, London EC1 from 20 June – 31 July 2007. www.hostgallery.co.uk