Hello. My name is ZombieYeti and I was tasked with coming up with a new and exciting blog series for Stickerobot.com. As many of you know (hi mom!), I’m probably better served drawing things than communicating with word sentences. So with that in mind, I came up with a great unoriginal idea that I could use to reach out to artists that I love and respect – Artist interviews!

I’d make other more qualified interviewers do my work! So…. I scoured the inter-web for famous (and questionably famous) interviews from the past 100 years and I took questions from these interviews and created a randomly generated list that I then sent out to various artists that may or may not return my emails! 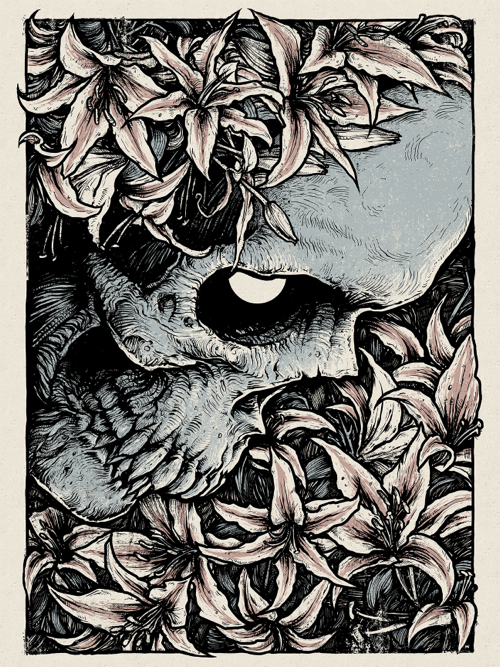 In this historic 1st ‘Famous Interview Questions‘ I reached out the nicest guy I know with a brain capable of coalescing the randomness; Godmachine! ‘Sir’ as i call him, has an amazing portfolio of work and clients, including Disturbia, Birdhouse, Adidas and MANY more. But you already knew that, didn’t you?

So, for those that have read other interviews with Godmachine and thought to yourself, “I wonder how he feels about the new Ghostbusters film?” or “Oklahoma is your favorite musical, right?” then you are IN LUCK! … 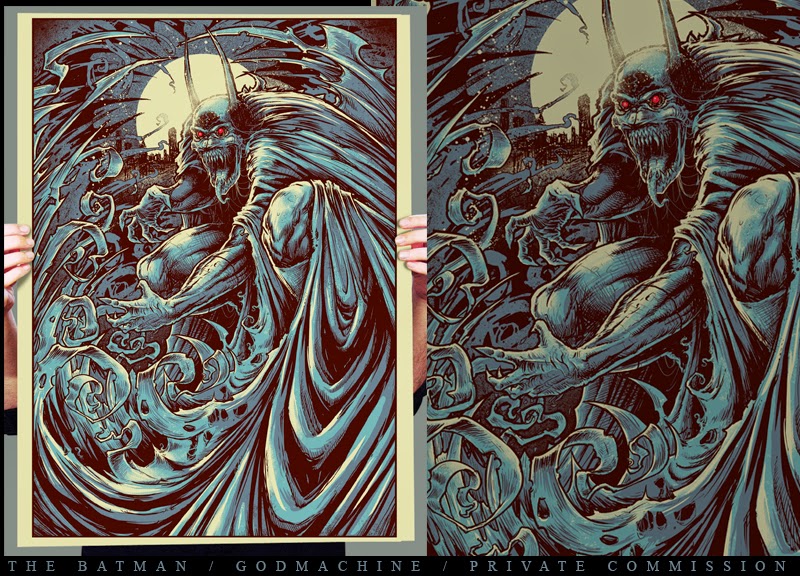 Tell the reader a bit about you. But make it punchy and a big word or two?

Can you say why (stickers) interest you so much?

Stickers are an artists first understanding of the value of art and its importance; you get this sticker of spider-man and you have to seriously consider where its gonna go, where it will ultimately live forever- you learn the cost of sacrifice. You fuck up a few times- stick it to the bottom of your board, your pencil case and its gone within a week….where next your VHS top loader? your stereo? will it overlap your other stickers? if you fuck up can you get more? When you get older they become this instant piece of art you can add to the world- a message for strangers on lampposts, a sign for friends and family….you find things to add all your stickers to and it becomes this growing piece of a montage, a decoupage, a beast of colour…. But then it could be because I love the smell of them.

Who is your Daddy, and what does he do?

My dad is a real man- tough as mahogany. He was a fitter. Now he plays golf and fucks around with computers. 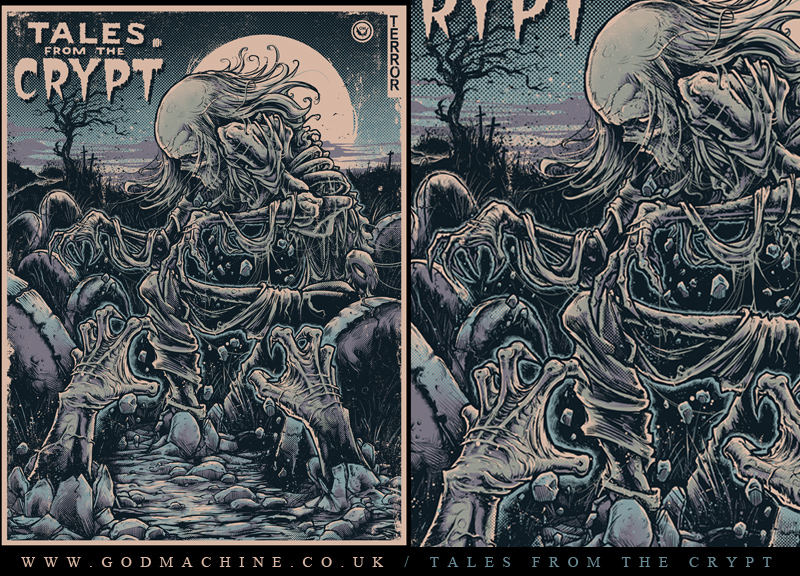 What will you tell your children when you have them?

I will frame a photo of the stars, the universe, all its glory and brightness, stars and planets- and put it on the mantel piece and when they ask what it is I will say its a picture of you when you were young, your family and something you will always be a part of.

Do you feel the world is a more peaceful place now than it was when you first became Dalai Lama?

I like Buddhism, I like the simplicity and irrefutable understanding that above everything- it works. But my only problem with it is that without a small piece of ego you cant express yourself properly. No Buddhist would write a poem like Bukowski or an album like Hendrix. But then why would you need to if you felt so utterly connected to everyone and thing. hmmmm. I heard the Dalai lama talk about being at a hotel and hearing a party in a room down the hall- his child like wonder at it was ace. He is also thinking he will be the last Dali lama- that’s sad eh.

What’s the point if it doesn’t evolve into anything?

“Any knowledge that doesn’t lead to new questions quickly dies out: it fails to maintain the temperature required for sustaining life.”
— Wislawa Szymborska 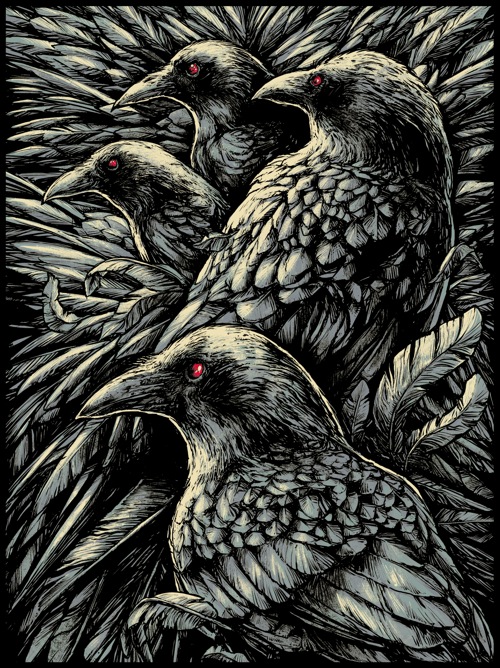 In a positive as well as a negative way?

‘Purpose’ is a something we give to things to feel safe- to think anything has meaning. I love hearing people say “whats the point in wasps, they don’t do anything”, as if their contribution to this world matters or will ring true after the human race has gone. In 2 generations your own family will not know who you were. We, everything, is finite, with that in mind it should give you a sense of freedom, not fear. 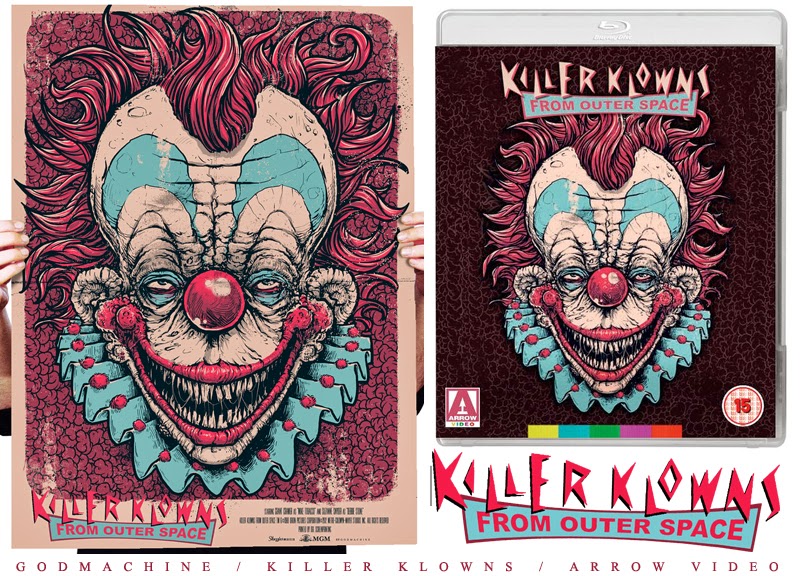 The open mouths – are they always meant to be a scream?

There’s this story about the life guard at the beech running out to sea to a family, pushing past the dad to get to the little girl, annoyed the dad is asking whats going on and the life guard pushes past to get to the little girl. From 50 yards away he saw something the dad didn’t from only 10 yards. it wasn’t till the life guard got there and lifted the girl to safety that she cried out ‘daddy’. Drowning does not look like drowning. The dad had seen drowning only in films and on TV with all that splashing and waving and shouting- drowning is not like that, its quiet and there is no splashing or waving, the mouth is too often below water and any chance above water it is preoccupied to take in air, not scream, the body moves below water to stay afloat. Life is like that.

“Oklahoma” is your favorite musical?

I cant stand musicals- they are too literal. 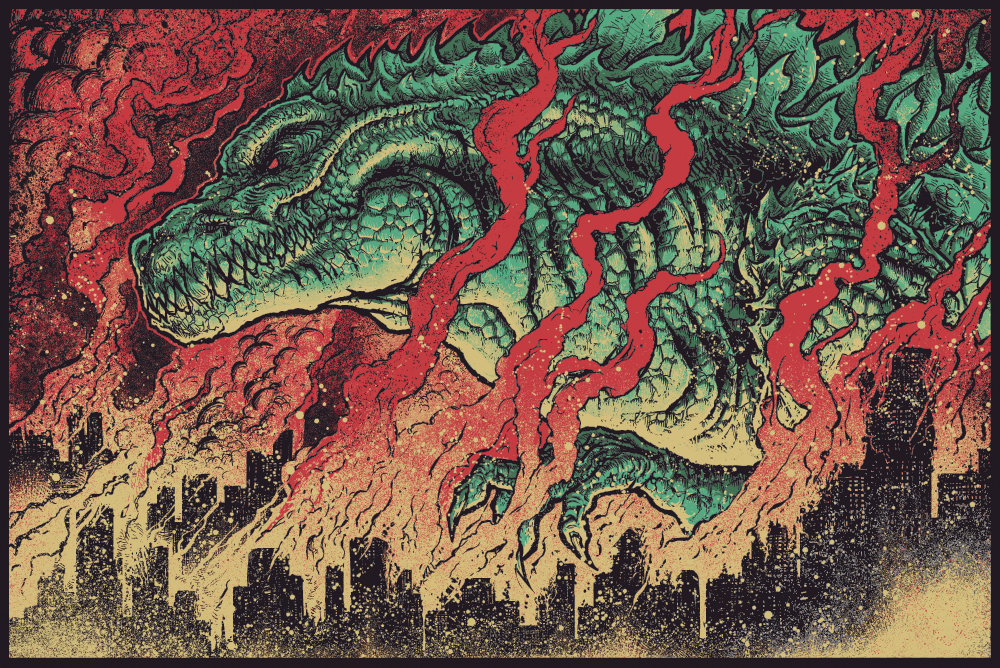 Do you like the idea of potentially passing on to a new crop of Ghostbusters?

I think its not Hollywood’s’ fault- its ours- we are scared to invest in new films, new ideas, we are old and nostalgic and want whats safe and recognizable so we can moan and compare. I stay out of the remake debate- people don’t get it. If they are remade- a lot of the time its not for us- its for a new generation. But the studios don’t realize its an ever changing market- old films like robocop cant be remade because the oddness of stuff like that I’d left out of the rema…. Ahhh nope. Go watch new films. Grown men debating the turtles remake is a bizarre thing for me… You were 12 ffs.

That’s actually happening? What else is happening?

Ask someone what a film is about and they will describe what happens in a film… It’s either because they don’t know what the film is about or the film is that boring. The film Monsters is a good example- people told me it was about two people who walk through an alien infested south America… That’s what happens but its actually about the fear of love and the unknown. 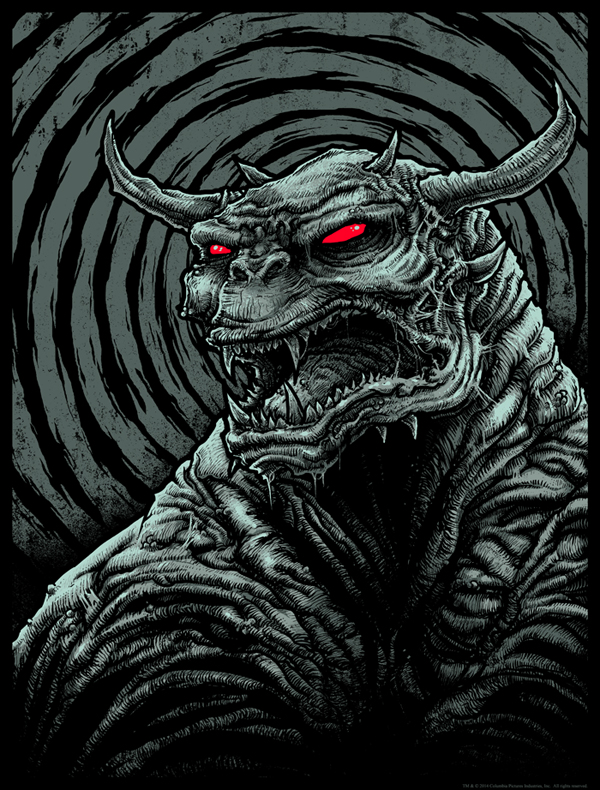 Have you ever considered running for public office?

As Fugazi said ‘the elected are such willing parties’… What kind of person do you have to be to want to be a politician- take a look at them- scum, limp sociopathic scum. We need Stephen Fry in office, we need Brian Cox in office, people who wont run for office is what we need….. We need to stop buying into the marketed fear of media run politics.

Is there a lesson to be learned from what happened?

“Good advice is only good for passing on to other people” or something like that- I think that’s an Oscar Wilde quote… but don’t quote me on that.

Check out more Godmachine here. And use the comment section below to chastise us for the audacity of this series, as well as sharing any ideas for famous questions to ask, or artists to ask famous questions to. And remember: STICKERS!