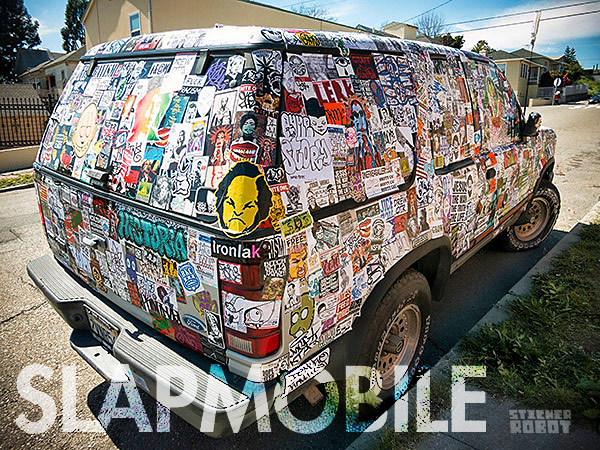 A long abandoned and soon-to-be-towed Chevy Bronco was parked nearby and became the subject of a mass public stickering, which is kind of like public ridiculing or a public stoning, only on a vehicle, not a medieval witch.

Anyways, here are some photos of the fully transformed, sticker-covered “Slapmobile.” 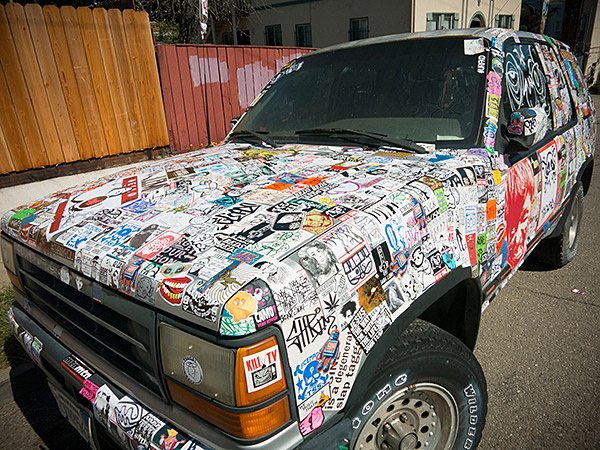 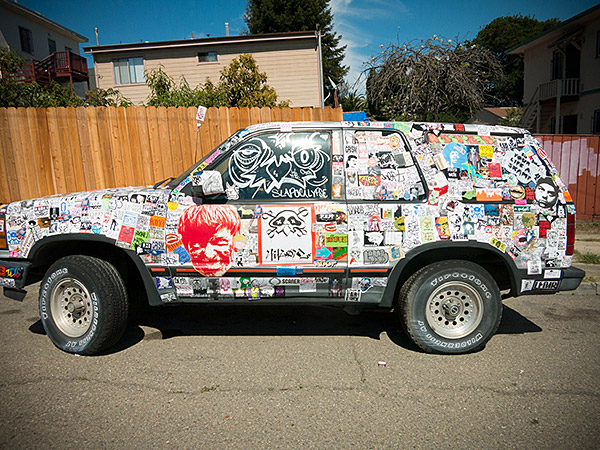 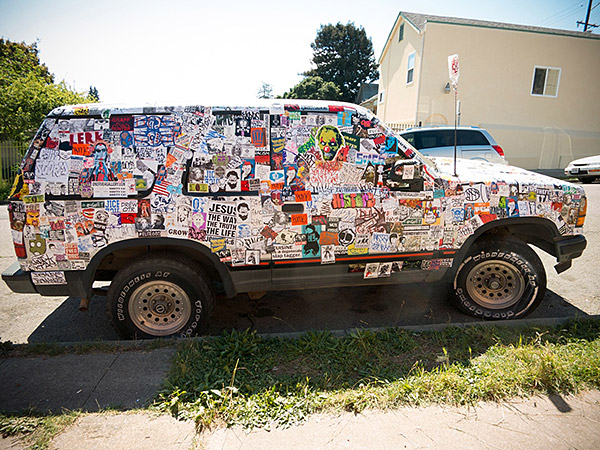 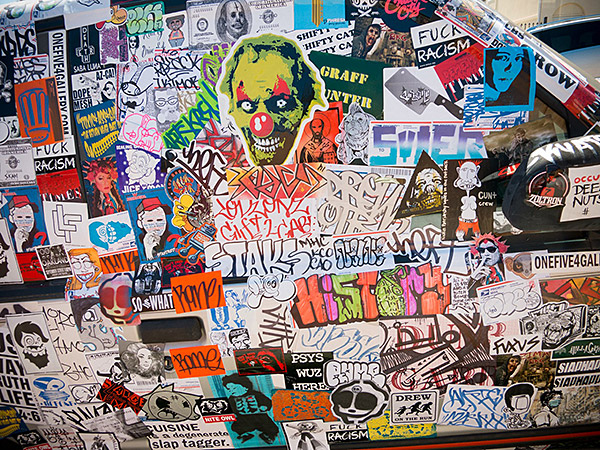 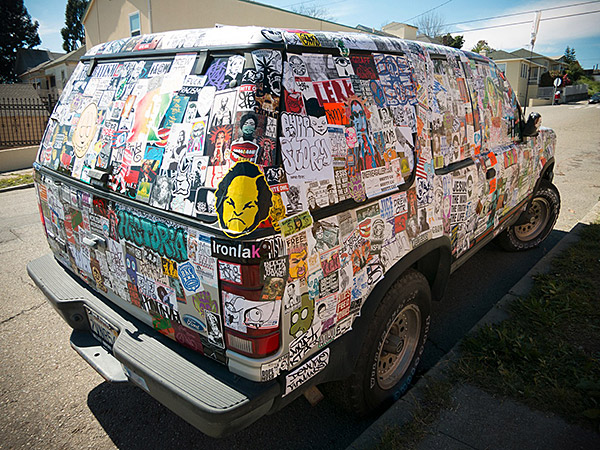 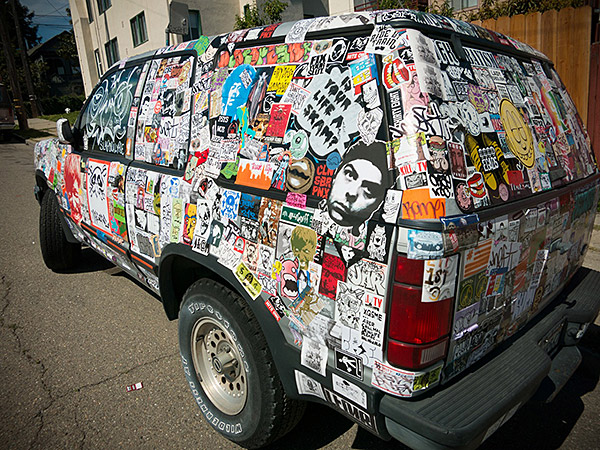 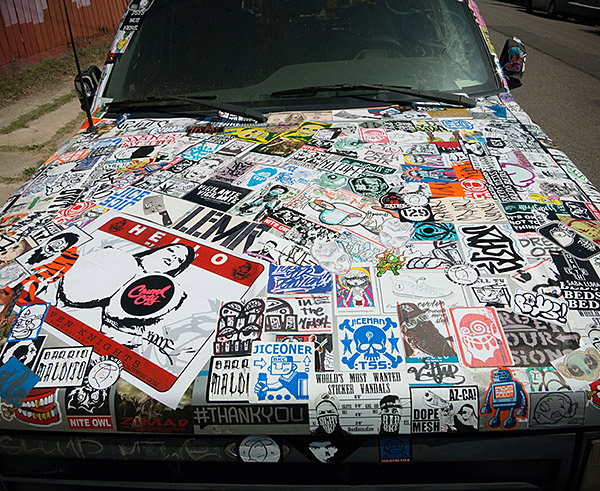